Why Playing With Dolls Will Improve Kids Social Development 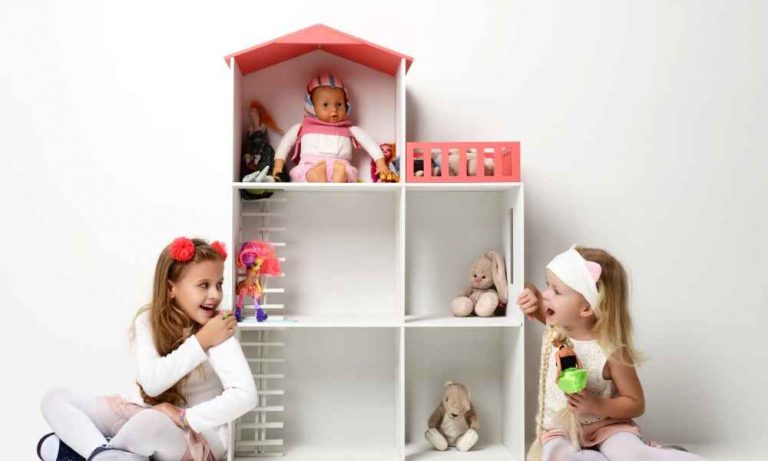 Dolls and other representations of the world suitable for children to play with have been around ever since humankind itself. The importance of these fun objects in the correct psychological, social, and motor skill s development of our children cannot be overstated, and yet, we don’t seem to ask ourselves how to play baby dolls often enough. Is there even a “right” way to play with a doll? There are more of them in fact, so let’s dive right in!

We’ve got a lot to teach our children as soon as they’re able to comprehend the basics – how to act, what to eat, what not to do… Giving one’s child a doll to try and do the same can go a long way in internalizing these principles. Young children are very impressionable and like to imitate the things grown-ups do.

Getting a glimpse at how they act towards their newfound babies offers us insight in the way they perceive the authority figures in their lives and allows us to adjust our own behaviour if we see that they’re acting out bad habits they’ve picked up on their toys.

The sooner a child starts playing with dolls, the better! Even one-year olds can grasp that there’s something special about the large heads, chubby cheeks and wide smiles their dolls usually possess. Introducing the toddler to their very first doll is as good a time as any to also start teaching them about commitment, responsibility, and care, in small amounts and diluted through play of course.

There’s also a language skills aspect to playing with dolls. The child will want to learn all there is about taking care and cleaning of his or her baby doll, and the words associated with this too. Before you know it, they’ll use words like “change,” “dress,” and “put to sleep,” with frequency and understanding. They may even sing their favorite nursery rhymes while doing the latter.

Motor skills improve noticeably through caring for a doll; the child won’t be able to do much more with it at first other than carry the doll around with them, but as they start getting older, you can introduce more challenging concepts to them like gentle rocking, feeding, changing the baby’s clothes etc., which will have a very positive impact on the willingness and speed at which they’ll dress themselves and make tackling tougher challenges like buttons and shoelaces a breeze later on.

Simulating the bond between parent and child is important, but it’s just the tip of the iceberg in terms of what playing with dolls can do for your child’s social development.

Young children are blind to racial and other socially constructed prejudices and will willingly nurture a doll whose skin color isn’t like their own. More importantly, the fond memories associated with it will transition into the real world later on and make interactions with diverse people much smoother.

You needn’t start with as much vision though. Any baby doll will do when you need to demonstrate what things are going to be like once a new brother or sister is on the way. By caring for the imaginary baby, the jealousy children can feel towards their new sibling will be much diminished.

You can use dolls to demonstrate all kinds of social situations in a way that’s understandable to a child. Teaching them to tell the difference between right and wrong, the value of sharing and cooperation or gently prodding them to start thinking up their own stories involving the dolls will pay dividends later on as they grow up to become respectable, cooperative, and likeable people with imagination and drive to fuel their endeavours.

Play is the chief way through which children express themselves and acquire new skills. Playing with dolls is one of the most natural and effective types of play as there can be as little or as much structure to it as you and the child please, it can be filled to the brim with excitement while still being thoroughly safe and wholesome for the child.

In short, playing with dolls should be an integral part of every childhood, and you as a parent need to make sure that your child gets as much out of it as possible.