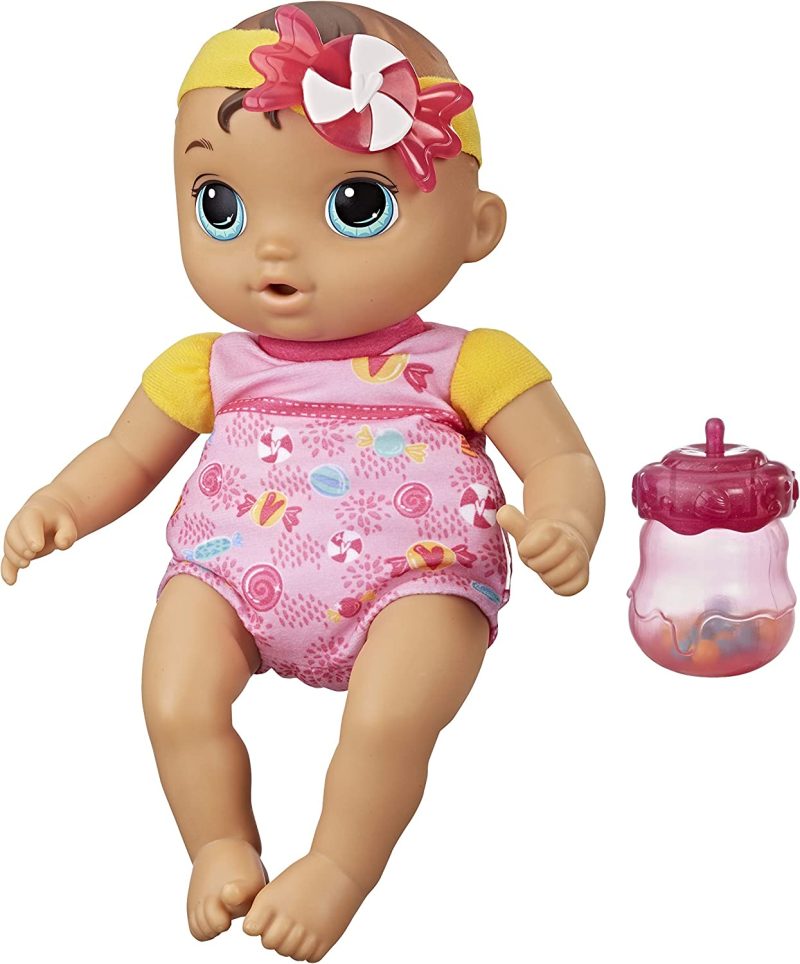 If you were a kid as far back as the 70s, there’s a good chance you had, or have at least heard of, the Baby Alive line of toy dolls. They were made by Kenner, and were among the first to introduce the concept of real baby needs and also spoke later on.

Not a lot about them has been heard in the mid- to late 90s, but ever since Hasbro bought the rights to the brand back at the start of the millennium, Baby Alive dolls have been impressing children and, to a lesser degree their parents with their unmistakable looks, cute antics, and realistic portrayals of, among other things, bodily functions.

The Key to Baby Alive’s success

What makes these dolls so interesting even 40-odd years after the initial concept has been introduced? A lot of it has to do with the fact that almost each and every Baby Alive doll, and by now there are quite a lot of different types to choose from, has a feature or two which compels their new mommy or daddy to take action in order to solve a problem the baby has, comfort it or make it feel loved etc.

The dolls themselves straddle a border between realism and cartoonness, with the former winning out in the end while not making the babies look any less cute or happy.

The big kicker now as well as way back when is the dolls’ ability to simulate the not-so-pleasant side of feeding. There’s no need to be graphic about it – needless to say that the new parent needs to take care of the aftermath, whether in liquid or solid form.

It is advisable that a real parent be present while the child is playing with their Baby Alive doll in this manner so as to prevent any accidents from happening.

While the materials used in all the shakes, snacks, and other powdery substances one feeds the baby are neither toxic nor harmful to children or the environment, care needs to be taken that children not ingest them. Some of them also have a tendency to stain certain surfaces, but that hasn’t stopped millions of excited children demanding to have one ever since they first hit the shelves.

In the early days of Baby alive you had only a few basic models that could either pee or poop or even do both. As the market got used to the idea and more brands started making their own copies of it, Baby Alive was due for some fresh ideas. Hasbro succeeded in introducing these without taking away from the dolls’ main appeal to everyone’s satisfaction.

Nowadays you can find basic Baby Alive dolls whose only connection with the rest is their characteristic look. Much more interesting and successful in keeping kids’ attention are the dolls which make use of various powders, pellets, and the like.

There’s one that comes with a miniature hand-cranked blender and a couple of packets of “food” which is then put into water and mixed by the child, only to be expelled from the baby after a while. A similar version comes with an airplane-shaped spoon that’s used to feed the baby which then poops said food into its diaper while your child gets the dubious pleasure of changing it, and so on.

There are also some more specialized variants which teach children a lot about different aspects of life and growing up. Among the most interesting ones is a baby that’s teething whose teeth show up once its tongue is pressed, a baby who is sick and needs the love and care of its parent, plus a bottle of two of water to feel right as rain again, and one which your child can potty train.

With so much potential for a right mess to be made while playing with Baby Alive dolls, parents rightfully ask themselves how to clean them. Can Baby Alive dolls go in water is among the most frequently asked questions, and the answer is no, or not entirely at least.

On the other hand, the manufacturer has made sure that each baby with a “digestive system” can be thoroughly cleaned with water from the inside so the food and drink don’t start to cake onto its inner surfaces. A couple of bottles of water will do to get rid of the leftovers. As for the dolls’ surface area, a gentle cloth and some warm water ought to be enough.